Middelheim’s roots as such go back to the Middle Ages and the grounds have had a turbulent history, which continues today.

Middelheim is very old. In 1342, an unknown author referred to “a city called Middelheim”. The oldest landowner who can still be traces is Laureys Van Aerschot de Jonghe. He owned the estate and the grounds in 1399.

From the sixteenth century onwards, many wealthy Antwerp families had a country estate here, which they used in summertime. The “castle” was renovated in the eighteenth century, in the Louis XVI style, probably to plans of the Parisian architect, Barnabé Guimard.

In 1910, the Municipality of Antwerp acquired the Middelheim estate to prevent it from being parcelled up. It was turned into a public park and part of the land made available for the establishment of Middelheim Hospital, the University of Antwerp and the Pastoral and Theological Centre.

In 1950, an international sculpture exhibition was organised for the first time in Middelheim Park, which covered a surface area of 20 hectares at the time. At the suggestion of Mayor Lode Craeybeckx, the town council decided to establish a permanent open-air sculpture museum here.

The internationally renowned biennial sculpture exhibitions have been organised in the park since 1951, always during the summer months. They used to take place in the grounds of Middelheim-Laag, on the opposite side of Middelheim Park.

The series concluded with the twentieth biennial in 1989.

In 1971, the Braem Pavilion in Middelheim-Hoog was inaugurated, to the design of the Antwerp architect Renaat Bream. Here you can see smaller or more fragile sculptures and works from the collection that cannot be displayed in open air.

In 1993 Antwerp was the Cultural Capital of Europe. Eric Antonis was the administrator of the temporary organisation Antwerp ’93. Based upon the proposal by Bart Cassiman, the project leader of contemporary fine arts of Antwerp '93, and in consultation with the working committee of Middelheim, the city council decided under the guidance of Mayor Bob Cools to relaunch the museum's collection with permanent artworks on this occasion. Ten contemporary and internationally acclaimed artists (Richard Deacon, Isa Genzken, Per Kirkeby, Bernd Lohaus, Matt Mullican, Juan Muñoz, Panamarenko, Thomas Schütte, Harald Klingelhöller en Didier Vermeiren) received by invitation from Bart Cassiman the request to create a new work, that would be purchased by Antwerp '93, and after the course of the cultural year would be given over to the Middelheim Museum. This was possible thanks to the generous support of a number of sponsors in collaboration with the Middelheim Promotors vzw. With this breath of new life, introduced by Antwerp '93, the purchasing budget has been spent on contemporary art since 1993.

The year 2000 was a turning point for Middelheim. The park was extended with seven hectares of land, bringing the museum’s total surface area to 27 hectares. The new space gave the Middelheim Museum the opportunity to reorganise the collection and hold more temporary exhibitions.

A new depot was built in May 2000 in Middelheim-Hoog. It was designed by the Bruges-based architect, Stéphane Beel.

In May 2012, the Middelheim Museum reopened after a renovation. The transformation was spectacular: the museum was significantly expanded and the museum infrastructure had been modernised The new semi-open pavilion Het Huis (The House), designed by Robbrecht and Daem architects, became a central feature of the museum’s exhibition policy.

The Middelheim collection was re-examined and renowned artists created new works specifically for the museum. The museum developed an intense outreach programme. 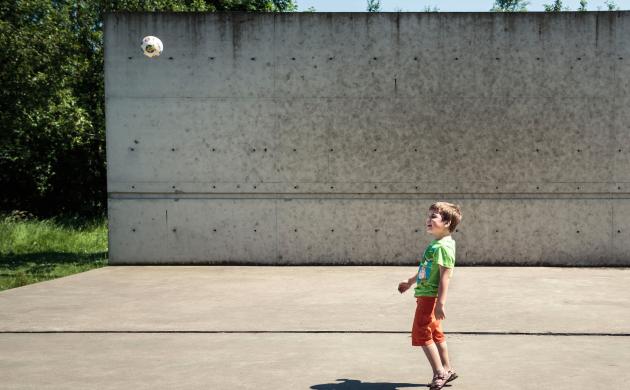 The Middelheim Museum is one of the oldest and most original open-air museums in the world. The museum offers a fascinating overview of more than one hundred years of visual arts in an exceptional setting. The welcoming arts park attracts more than 300,000 visitors every year. Admission is free of charge.