The artist as a guide

In a film made specially for Focus Presentation #2 Berlinde De Bruyckere guides us through her creative process. She gives us an insight into how her art takes shape on the basis of images she shows in the Collection Pavilion.

Return to the overview

Berlinde De Bruyckere leads us into her mental world in a new film. In her own words and images, she guides us through her artistic frame of reference and work process. We see and hear that in her mind everything is connected: past and present, recent and early works, inspiration and artwork, art and society.

So we see that her works are part of a complex system of connections, meanings, intentions and choices. They are the result of a process, but this often remains hidden from the viewer. Here, De Bruyckere invites us to look at this process and shares with us her artistic quest. In the film she explores the genesis, interwoven nature, context and present relevance of two monumental sculptures that are on display at the Middelheim Museum specially for this event. One of them was created for her 1995 solo exhibition in the Braem Pavilion and has now been installed there once again. The other, from 1993, was recently acquired by the museum and is now being shown in the art park for the first time. They both have the same title as the 1995 exhibition: Onschuld kan een hel zijn.

These two artworks look completely different, were not made together, nor have they ever been shown together before. Yet they are related to each other in more ways than one: by their title, by the combination of innocence and violence, by such themes as mortality and suffering, and by a timeless and at the same time currently relevant commentary on man and society. The fact that they both contain the seeds of recent work by De Bruyckere also links them to each other and to the present day.

To the next section 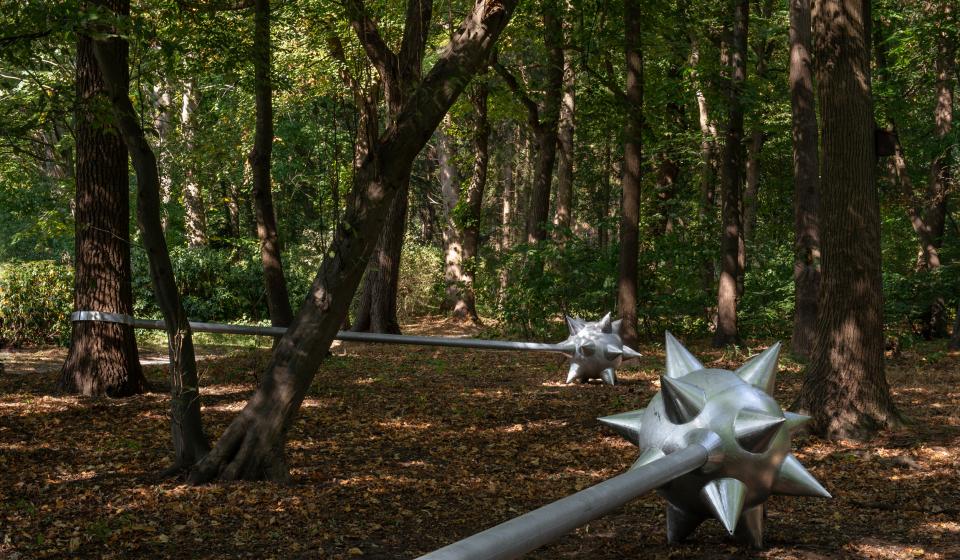 Discover a work by Berlinde De Bruyckere that has never been shown at the Middelheim Museum, though it would appear to have been made for it.