Focus Presentation #2 in the Collection Pavilion enables De Bruyckere to explore her creative process in greater depth. Onschuld kan een hel zijn, 1993 is one of the two works she zooms in on. It was acquired by the museum last year and has now been installed in Middelheim Laag.

Return to the overview

Innocence can be a hell

When you walk through the art park, you come across three gigantic maces that brutally disrupt the peaceful atmosphere. The points on the heads of these mediaeval weapons remind us that in the past woods were often unsafe for innocent passers-by. And the metal stranglehold that looks as if it will choke the trees is a threat to the innocence of nature. Or, as the title says, ‘innocence can be a hell’. Such contrasts are typical of De Bruyckere’s work, as are themes such as mortality and suffering. You will learn more about this in the film made for Focus Presentation #2. 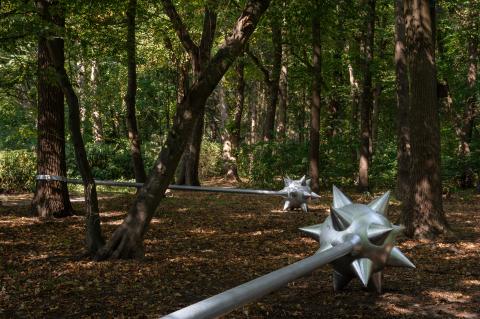 This work dates from 1993 and was the first in which the artist studied the tree as a motif. She continued this research for her 1995 solo exhibition at the Middelheim Museum, where she installed ‘blanket women’ in and up against trees. This resulted ultimately in the monumental Kreupelhout/Cripplewood, 2012-2013, a high point in her oeuvre that received great praise at the 2013 Venice Biennale.

Acquired for the collection

Onschuld kan een hel zijn, 1993 was created for the ‘Zoersel ’93’ exhibition, but the tree motif links it to the Middelheim Museum. And in fact this sculpture was purchased for the Middelheim collection with the aid of the Middelheim Promotors and the artist herself. It has never previously been on display at the museum, but because it was made for a park setting it fits in perfectly. Like a hammer blow, but entirely appropriate to both these surroundings and our times. It is now being installed in the art park for the first time, where it will also remain on display after the Focus presentation.

Some images from the setup

To the next section 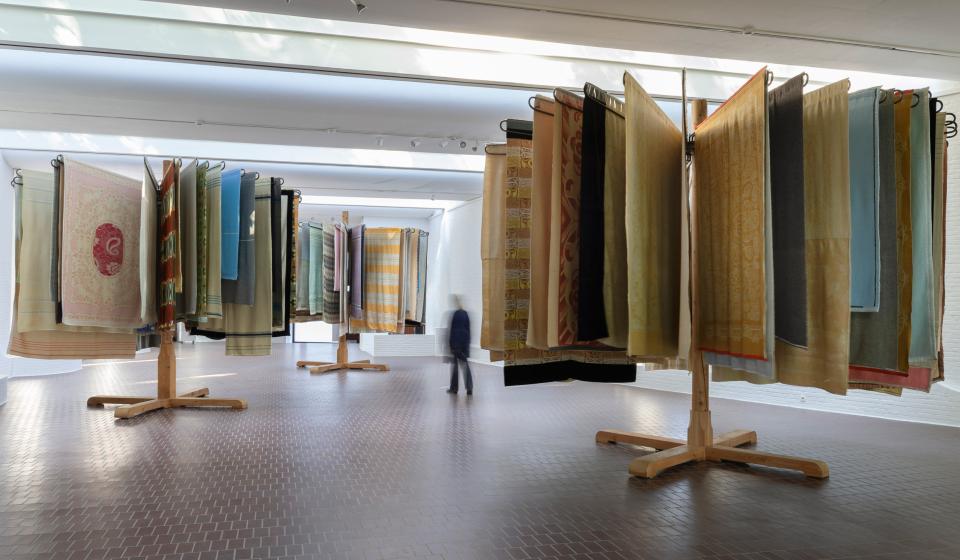 An artwork as a comfort

See a work that Berlinde de Bruyckere made for the Middelheim Museum a quarter of a century ago, and which is now returning there for the first time.