The invisibilisation of black women’s experiences is the question at the heart of Leigh’s work. The face on the sculpture is hollow and shows no features, as a sign of the secret interior life that black women had to protect to endure. At the same time, the black  female  figure proudly holds her long neck, a nod to the antique busts of Egyptian queens and the unashamed beauty of deep dark skin tones. Made of terracotta and porcelain with a rosette of rosebuds, the delicate handiwork and the ceramic elevate the usually lesser-seen female ‘crafts’ to the rank of ‘high art’ that they deserve. 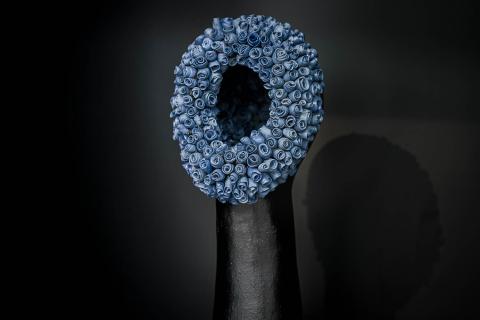