For the commissioning series Public Figure, every year a contemporary artist is invited by the Antwerp Public Art Collection (Kunst in de Stad) to make an artwork departing from the question: Who or what do we put on a pedestal in today’s public space?

Antwerp-based artist Mekhitar Garabedian decided to elude a clearly figurative approach to this brief, and instead presents a semi-abstract sculpture. The volumes piled atop the classical stone pedestal are casts of compressed bulks of second hand clothes, which bring to mind the seriality and modularity of Minimal Art. Garabedian grew up in close proximity to this type of bulk: his father ran an international export company of second hand clothing. His paternal grandfather had been a rags salesman himself in Aleppo, Syria. Based on this family lineage, the sculpture can be considered a memorial or monument to the artist’s forefathers and the economic activities they undertook in support of their families, as well as a tribute to rags – those which the West exports because of their low market value.

The second hand textiles industry is a very particular market, one that reveals major shifts in global production, consumption and trade across the timespan of merely three generations. Where second hand clothing from Western countries was once an affordable (and ecological) source of garments for the so-called developing world, today’s extremely low-cost textile production has out-priced even the second-hand market.

Fascinated by these large piles of clothing bales, which can appear as objects, sculptures and even as architecture, Garabedian has been documenting the many configurations that the bales can have.

The visually austere or mysterious casts that make up the new sculpture hold more than just the memory of clothing once worn by people like you and me, but also evoke the memory of another time when consumerism and unbridled capitalism had not yet ran havoc across the globe.

With this work, Garabedian also highjacks the usual use of the pedestal: traditionally it is reserved for “great men” and glorified historical events, yet here it supports a rather unstable looking pile of mundane objects.

Mekhitar Garabedian is a visual artist born in 1977 in Aleppo, Syria. Deploying a variety of media such as drawing, video, photography and installations, many of Garabedian’ s works draw from his experience as an immigrant and play on the humour and poetic qualities he finds between languages, cultures and histories. Just as his personal diasporic history is layered, his work echoes with a multiplicity of references to literature, music, philosophy and visual arts.

Garabedian is also a post-doc researcher and teacher at KASK/School of Arts. 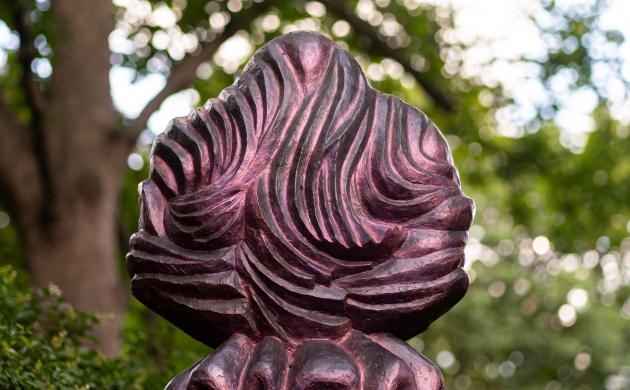 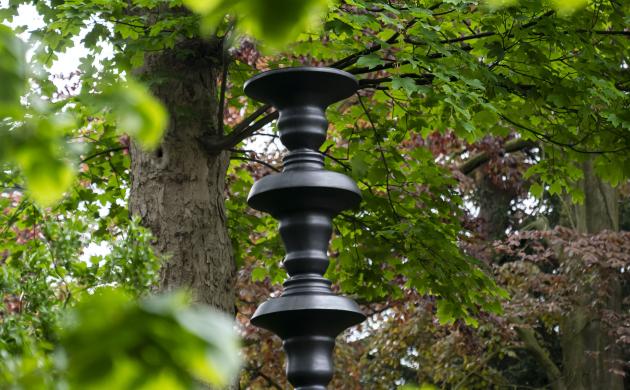 For the second iteration of Public Figure, artist Goshka Macuga makes a new sculpture that rejects the tradition of the lone hero on his plinth.