The Antwerp public art collection (Kunst in de Stad) proudly presents a new permanent commission by artist Sammy Baloji. Invited to create a work for Antwerp’s public space, the artist was immediately drawn to the river Scheldt, acknowledging it as the gateway between ‘here’ and ‘there’, the city and the world, but also, more poignantly, between Belgium and Baloji’s native Congo.

Sammy Baloji’s The Long Hand holds many references that congeal into an artwork made of bronze, bricks and recycled plastic – three composite materials. Bronze: an alloy of tin and copper, the latter being one of the main mining and export products of the Democratic Republic of the Congo. Bricks: crafted in Maaseik, Limburg, out of clay and soil from spoil tips, remnants of Belgium’s lost mining industry. Plastic: waste collected from factories and then molten into cut diamond shapes that adorn the bronze figure.

The form and title of the sculpture are derived from the Lukasa, a cultural device used in the Luba culture of Southern Congo. Lukasa (or “long hand” in Kiluba) are memory boards and a vital part of the oral tradition of historiography and storytelling of the Luba people. With The Long Hand, Sammy Baloji introduces this mnemonic device into public space, making it monumental, and as such aligning with the tradition of public art as commemorative signifiers.

Traditionally, Lukasa are made out of wood and ornately embellished with abstract carvings and inlayed with stones or shells. They are used in ceremonies where Luba history and mythology is orally transmitted by a so-called “man of memory” who holds the Lukasa in one hand, and traces the lines and encrusted jewels with the other, using them as nodes of information.

The coloured plastic diamonds are attached to the surface of the bronze sculpture in such a way that they outline the naval route between Antwerp and Muanda, the main port city of Congo. The brick platform that houses the statue is conceived of by the artist as a place to sit, convene, and exchange stories.

Another reference of note is a quotation by former Antwerp mayor Lode Craeybeckx (1897-1976), who said: “A citizen of Antwerp need only put their hand in de river Scheldt to be connected to the world.”

Sammy Baloji invited scholar and writer Jean Kabuta to write a kasàlà – a traditional poem in homage to a person, event or location – that accompanies The Long Hand. The eponymous poem can be found here (Dutch only):

The Long Hand was made possible in part with the support of the Flemish government.

Sammy Baloji (1978) was born and raised in Lubumbashi, DRC, and lives and works between Brussels (Belgium) and his hometown. He studied computer and information science and communication at the University of Lubumbashi, and continued with photography and video at Ecole Supérieure des Arts Décoratifs, in Strasbourg. A visual artist and a photographer, Baloji has been exploring the memory and history of the Democratic Republic of Congo. His work is a perpetual investigation into the cultural, architectural, and industrial heritage of the Katanga region, as well as an inquiry into the effects of Belgian colonization. His most recent solo shows include Sammy Baloji, Other Tales, Lund Konsthall and Aarhus Kunsthal (2020); Congo, Fragments d’une histoire, Le Point du Jour, Cherbourg (2019); A Blueprint for Toads and Snakes, Framer Framed, Amsterdam (2018); Urban Now: City Life in Congo, Sammy Baloji and Filip de Boeck, The Power Plant, Toronto, and WIELS, Brussels (2016-2017). Among other venues, his work has been shown in collective exhibitions such as the Fotofest Biennial 2020, Houston; the Palais de Tokyo, France (2020); the 2019 Chicago Architecture Biennial; the 22nd Sydney Biennale (2020); the Kassel/Athens documenta 14 (2017); The Garage Museum of Contemporary Art, Moscow (2017); the Smithsonian National Museum of African Art, Washington, DC (2017); the Venice Biennale (2015). A Chevalier des Arts et des Lettres, Baloji has received numerous prizes and was a 2019-2020 resident at the French Academy of Rome-Villa Medicis. In 2008 Sammy Baloji co-founded the Biennale de Lubumbashi. On December 1, 2022 Sammy Baloji receives the biennial Culture Prize of KU Leuven. By awarding this prize, KU Leuven praises the artist for the way he captures colonial history. 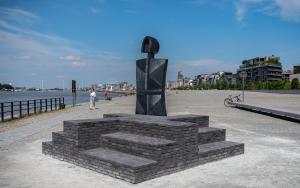 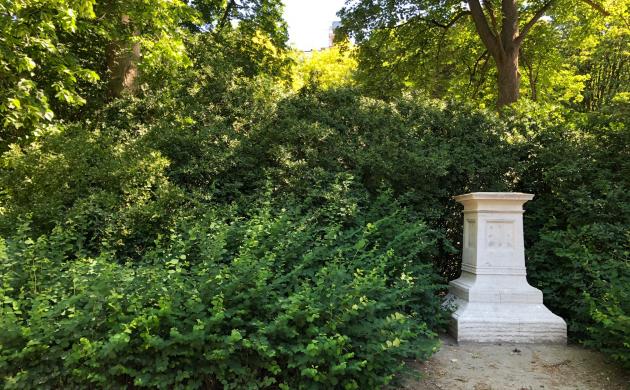