The Middelheim Museum presents the first extensive solo museum exhibition in Belgium by French artist Camille Henrot (b. 1978). The unique exhibition Wet Job focuses on her sculptural practice and brings together works from the series Overlapping Figures (2011), Desktop (2013–14), Monday (2016), System of Attachment (2018–21) and Wet Job (2021), recently presented at the Liverpool Biennial.

Layer upon layer of meaning

‘Wet Job’ refers to a series of paintings and sculptures of the same name in which Camille Henrot explores the limits of the post-partum body. It also refers to the conflicting pressures and expectations surrounding the body’s productivity. In the context of this exhibition, the title takes on additional meanings. ‘Wet Job’ is now also about such acts of care as washing or breastfeeding, and even about the fluidity of identity, about life and loss, and about the sometimes ‘messy’ or ‘mucky’ nature of dependency.

Henrot has always been fascinated by the tension between attachment and separation. As people in relation to each other, but also in relation to our environment and to (technological) devices. This continuous tension runs like a thread through her work. Inspired by literature, social media, cartoons, poetry and everyday banality, Henrot shows the complexity of life in an increasingly connected and overstimulated world. With her sculptural practice, Henrot mainly seeks to give form to an ‘in-between state’ of the body, which is constantly in transition from one state to another, to shifting identities, inner conflicts and society’s unrelenting drive towards simultaneous expression and consumption.

Henrot received the Silver Lion at the Venice Biennale in 2013 for her groundbreaking film Grosse Fatigue (2013), considered one of the most important works of that decade. In 2017 Henrot was invited for the Carte Blanche series at the Paris Palais de Tokyo, resulting in the major retrospective Days Are Dogs. In 2014 she received the Nam June Paik Award and in 2015 the Edvard Munch Award. She has had many solo exhibitions worldwide, most recently at the Kestner Gesellschaft in Hanover, the National Gallery of Victoria in Melbourne, the Art Sonje Center in Seoul and the Tokyo Opera City Art Gallery.

This exhibition was made possible with the generous support of Hauser & Wirth and kamel mennour. This project also received support within the framework of EXTRA2022, a support programme for French contemporary creation.

Visit the exhibition your way

Visitor’s guide and plan of the exhibition

Plan of the exhibition Camille Henrot.pdf

Prefer paper? The visitor’s guide is available in the museum shop, in Het Huis and in the Braem Pavilion. You will also find the plan of the exhibition at the three entrances and at two new booths, triangular steel information points in the art park.

Free poster with the exhibition

In the Braem Pavilion you will find a free poster of the exhibition. As long as stocks last.

Based on a conversation between author Quinn Latimer and artist Camille Henrot, this poster has been published specially for the exhibition Wet Job at the Middelheim Museum.

Quinn Latimer (b. 1978, Venice, California) is a writer and editor. Her most recent book is Like a Woman: Essays, Readings, Poems (Sternberg Press, 2017). She lives and works in Basle and Athens. 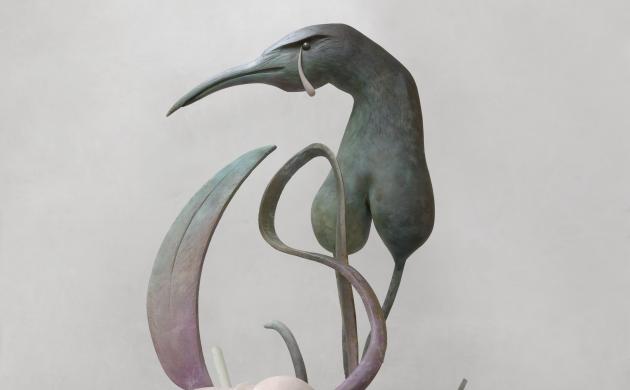 Accompanied by a guide you walk through the exposition Wet Job in the pavilions and the art park. 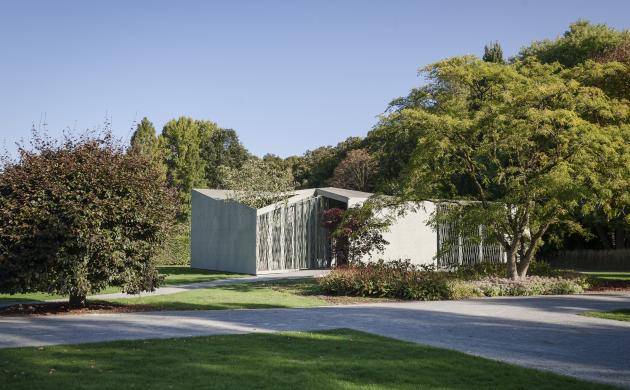 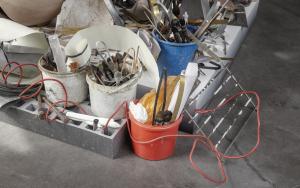 For school groups in 4th, 5th and 6th grade

First the pupils get to know the guide, after which they test their own creative skills during a group assignment in the park. Afterwards the whole class gets to roll up their sleeves to create their own cool scuptures. 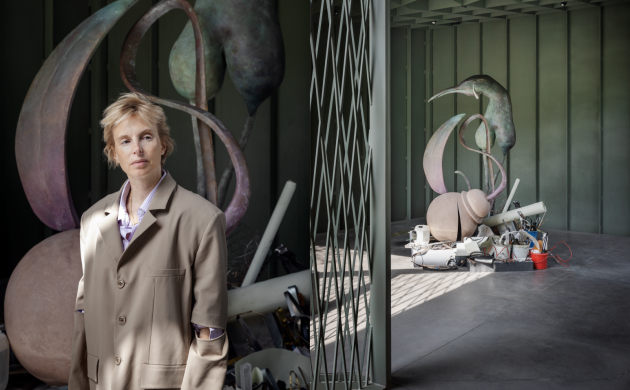 On the opening day of the summer exhibition, Camille Henrot had a conversation with director Sara Weyns.